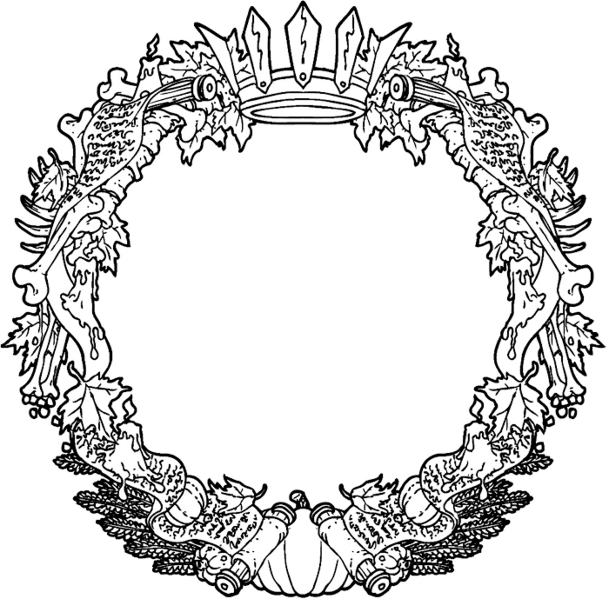 The Court of Autumn is one of the more interesting Courts since it seems to have multiple layers to them.  Known also as the Court of Fear, Autumn Changelings take yet another aspect of coping after Trauma that’s different than that of Spring or Summer.

In many ways, the Autumn Court harnesses the fear of capture, the fear of discovery and the fear of the Wyrd methods used by their former Masters to better themselves.  It is a Court of caution, of preparation and hundreds of deliberate pre-emptive and preventive measures.

To sum it up, the Autumn Changeling’s reaction to the Trauma is interesting.

My experiences have hurt me, but now I know better.  Never talk to strangers, never walk under ladders, I know all the rules that they play by.

The Autumn Court is their willing to delve into the mysteries of the Occult as a means of gaining some measure of power against those who would take them back again.  Whether it’s from the Fae powers that they escaped with, the lore of ghosts, or trafficking with other, stranger supernaturals, the Autumn Court looks for answers in places where most would hesitate.

The Face of Fear

Fear is an emotion of many varying hues, a fact that many Autumn Changeling are well aware of.  Their affinity to the emotion gives them great insight into the psychology of others, and helps them manipulate things to push people to certain directions.

The very fear that supplies Glamour to the Changelings isn’t just sheer terror, but also the subtle hues of caution and hesitation.  As such Autumn Changelings can range from Terrorists to That Creepy Old Guy.  To be fair however, more emotionally balanced members of the Ashen Court find their means of absorbing fear through more subtle means.

Sample Characters for the Autumn Court:

As I go through the Courts, it’s starting to look like it’s a 2×2 axis between Passive-Aggressive and Confrontation-Avoidance.

I wonder if I’m onto something here or if I’m seeing things that aren’t there.

This site uses Akismet to reduce spam. Learn how your comment data is processed.